It is so innovative that TMW was invited onto the Jay Leno show where it was not only talked about, but Jay himself took one for a ride and loved it.

American Bike and Trike is proud to be a Tilting Motor Works dealer! 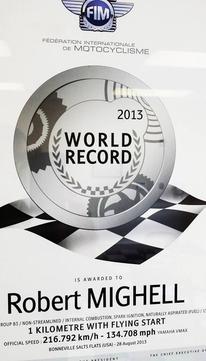 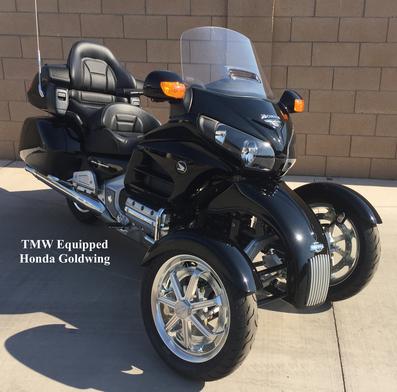 Find Out If It Will Fit On Your Bike 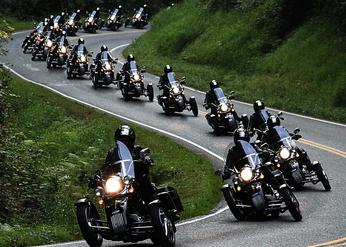 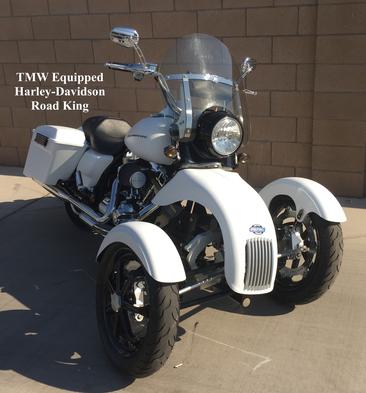 Get Your Personalized Price Quote

This state of the art Tilting Motor Works conversion allows you to have the lean in the machine as you corner with the added stability of two wheels in the front. You ride it just like a regular motorcycle but with twice as much traction in the corners and when stopping the bike.

This is the revolution in “Trike Technology” that we all have been waiting for. A way to be more stable at the stop light without having to give up the lean into the corner that a motorcycle gives you and we all love.

The TMW system currently fits most Harley-Davidsons along with Honda Goldwings and F6B’s. 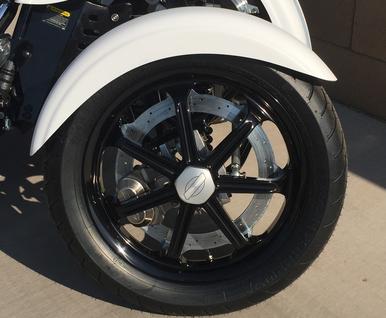 Not only will it go in a straight line as stable as can be, the twin tires in front give it an added advantage in the corners and in braking as well.

Since the traction in the front of the bike has now effectively doubled what it once was, that means when you lean into the corner, you have the traction to go deeper into it before you have to hit the brakes and turn in along with accelerate faster out of it. 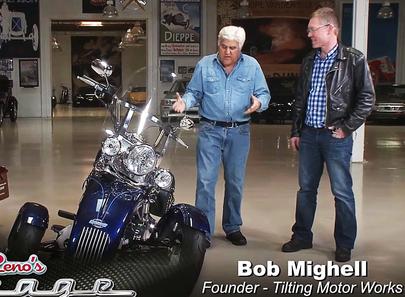 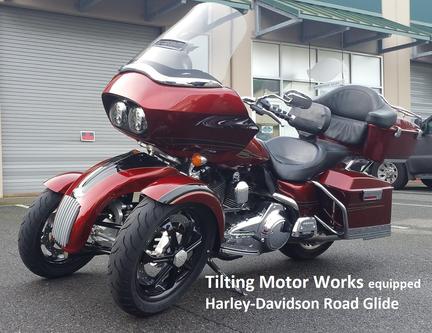 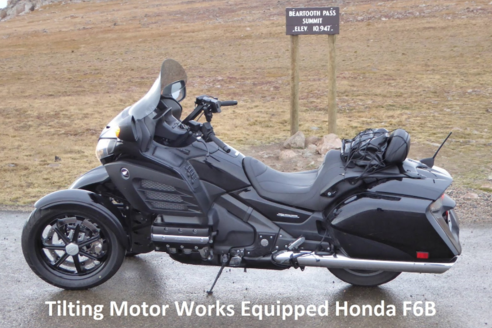 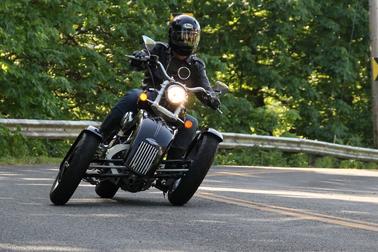 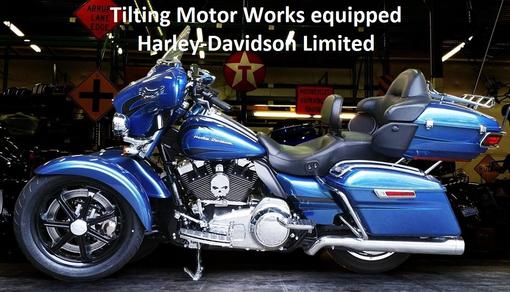 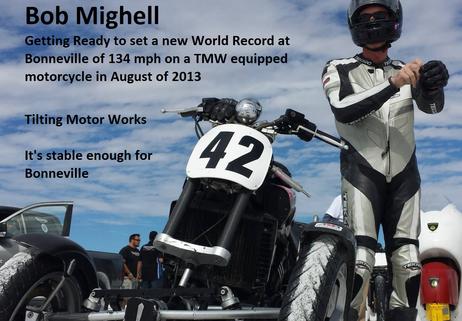 Performance:
Robert Mighell of Tilting Motor Works wanted to prove the stability of the design. So to eliminate any nay sayers, in August of 2013 he went to the Bonneville Salt Flats and set a World Land Speed Record of 134.708 with a TMW conversion bolted onto a Yamaha Vmax and a giant bottle of NOS.

The factory brakes will slow you down as fast as the traction in the front will let you. Now that the traction much greater than before, improving the braking system makes sense doesn’t it. The TMW conversion uses a racing inspired “Perimeter Braking” system which means the “disc” is no longer in the middle, it is near the perimeter of the wheel which allows for increased leverage which equals more braking power in the front and since your stopping power is 70% front brake, this is a huge difference. 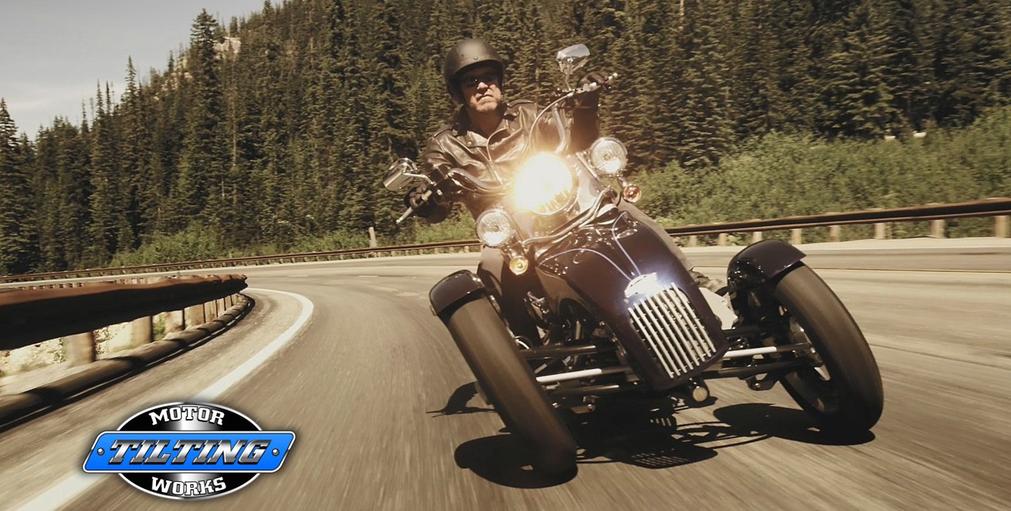