We will be Temporarily Closed For A Couple Months. 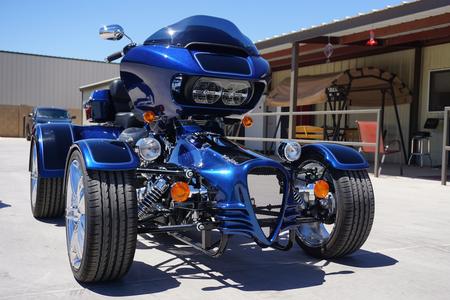 Thank you for contacting us! If needed, you will hear back within 48-72 hours.

We do have financing available OAC and we will consider any trade in.

We are American Bike and Trike. We offer more conversion kits than anyone else in the nation. Contact us, we can probably help.
We are a family owned and operated shop located in Gilbert, AZ (Just south of Phoenix) Start your next adventure today! 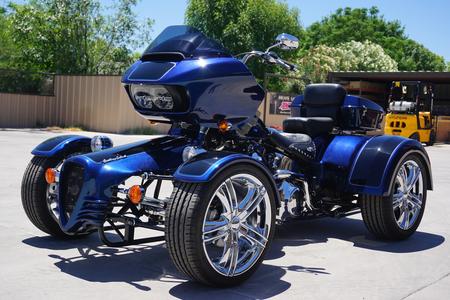 The Q4 Mamuth conversion comes with the following:

Front and Rear subframes with four wheel independent suspension via the custom double A-arms designed by a Formula One
Racing engineer in Belgium. This results in a quad that loves to corner and is predictable in every situation.

The suspension is dampened by adjustable shocks in all four corners allowing you to make it ride the way you want.
The steering uses a lever action system which requires little effort and provides just the right amount of feedback to the rider.

The Patented Limited Slip style Rear Differential is belt driven for reliability and to keep the noise down
Clutch operated mechanical reverse with built in safety switch so you can back up as long as you need to
Built in rear storage that goes all the way up under the seat.
Euro Spec LED rear run - turn - brake lights
Dual exhaust that really gives it that Harley sound
17” Tires and Chrome wheels 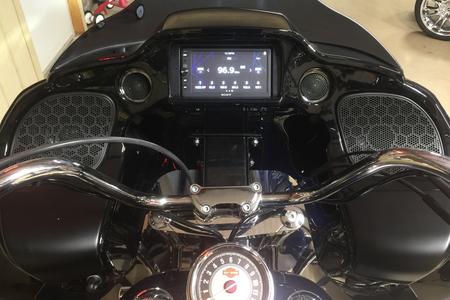 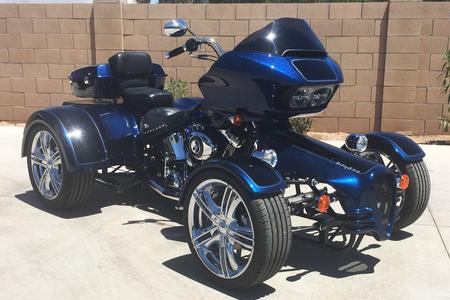 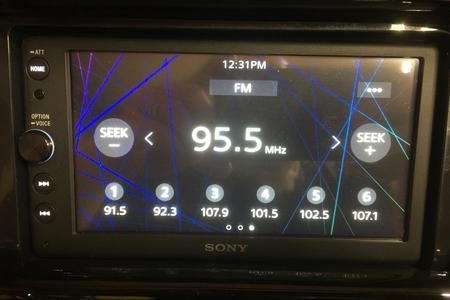 This show quad built by American Bike and Trike has won three separate awards at bike shows including
“Best Conversion” At the “Brothers of the Third Wheel” National Trike In and now you can own it.

This started out as a 2014 Harley-Davidson Heritage Softail Classic with 17K miles on it. It has only test ride miles since the conversion was completed. The bike has the proven 103” Twin Cam motor with the six speed cruise drive transmission. We installed a Qtec-Engineering Q4 Mamuth quad conversion kit and had it custom painted to match the Vivid Black and Big Blue Pearl that is on the original gas tank. 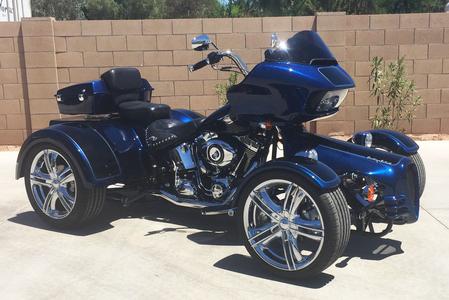