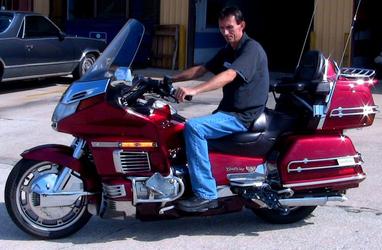 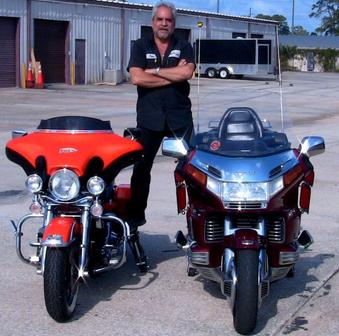 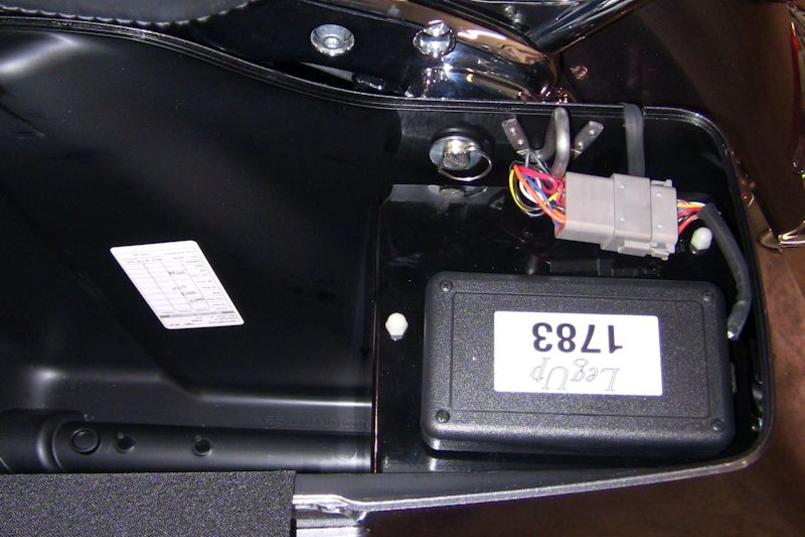 The wheels deploy and retract based on wheel speed; with the .25 second deployment time, we are able to bring the wheels down at a very slow speed (5-6 MPH). The onboard computer controls everything, and a Handlebar switch housing with LEDS allows the rider to communicate with the system and allows the system to talk back!

The wheels are mounted under the rear floorboards, and tuck up neatly just in front of the bags when not deployed, allowing the bike to lean and handle exactly as it always has. You can't do that with a trike or other hokey outrigger systems. The installation requires no major modifications to the existing bike at all !!

It will also fit a few other models of Harley-Davidson Softail’s and Dyna’s with some modification.

Call or inquire today and let us know about any modifications you have done to your bike so we can confirm that the LegUp™ LandinGear  can be installed on your bike. 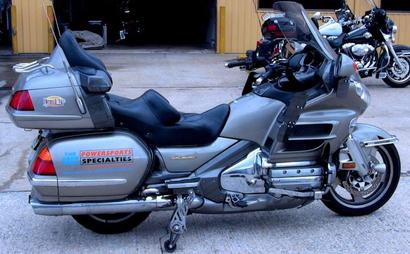 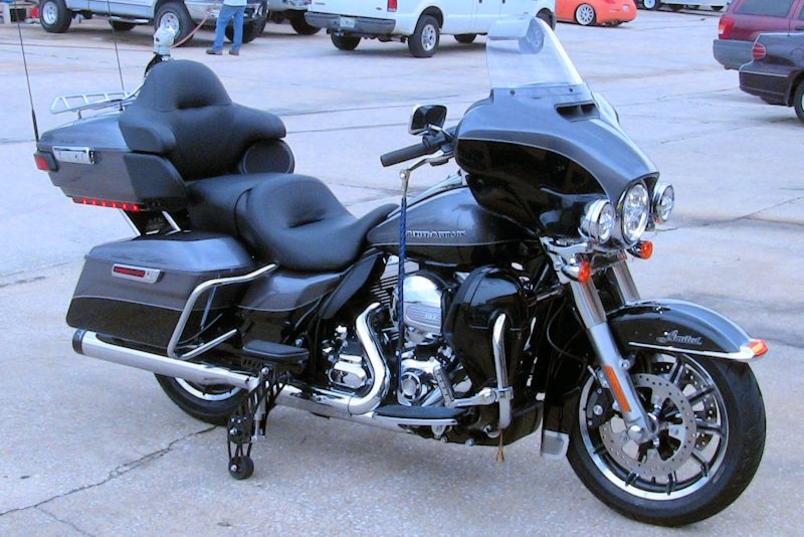 This unique retractable stabilization system can help many riders stay on their bikes rather than giving up the sport they love. Using a computer and a pair of pneumatically controlled wheels, LegUp™ deploys these wheels (if desired) as you slow to around six MPH, and automatically retracts them if you accelerate over that speed.Over eight years ago, Chopper Design introduced the original LegUp™ LandinGear system. Since then, thousands of riders have been helped by it's ability to stabilize their bikes at slow speeds. The GENERATION II system we use today is significantly stronger than it's younger brother. An on-board compressor and a captive air tank, makes this system amazing to watch! 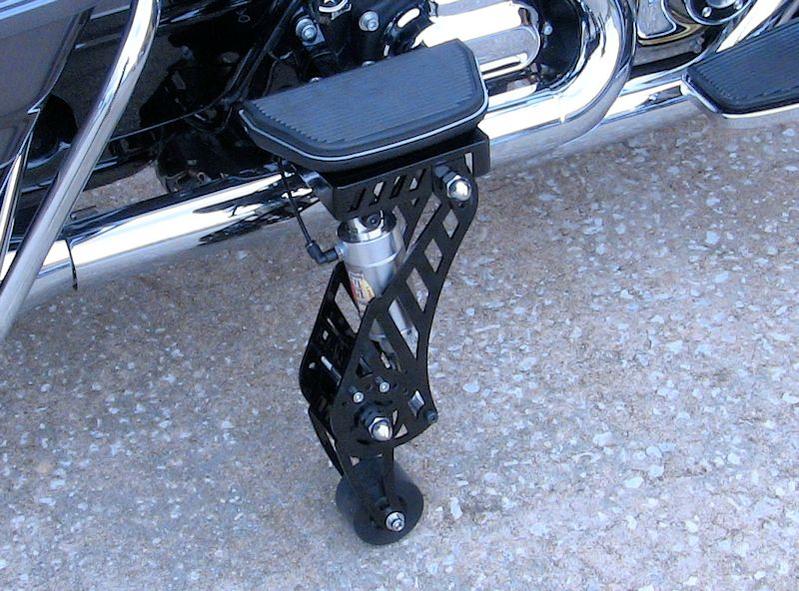 Do you sometimes have difficulty managing your bike at a stop in gravel? At slow speeds? Backing up? With a rider? Many do! That is why we carry LegUp™ LandinGear here.

The Patented LegUp™ design was created for those who for whatever reason are concerned about, or unable to hold up these 850 lb monsters as they come to a stop. Older riders, bad knees, bad hips, bad passengers (couldn't resist!), or any other reason someone might want a little help keeping the rubber side down... This will do it!